Some Christophanies of Jesus Christ
shared with you by
Kraig J. Rice
www.breadonthewaters.com

But before we study His Christophanies, let's take a look at a few other scriptures that help prove His deity:

Some Christophanies in the Old Testament

What is a Christophany? A Christophany is just a fancy religious word that refers to the appearance of Jesus Christ in bodily form in the Old Testament times. Why is studying this important? Because it is part of the proof of Christ's deity. Also it shows that He is not just a transcendent God but an imminent God. He is actively involved in His creation. What does that mean to you and me? It means that He is always near to help us when we get into trouble just like He helped His saved people in Old Testament times. Remember, Who He is. He is God the Son. In other words, the Christophanies of Jesus Christ prove that He is eternal-  and only God is eternal. Jesus Christ was called the Angel of the Lord before He came in His incarnation (when He was born as a baby). Let's take a look at a few Christophanies of Jesus Christ in the bible:

Remember what the Lord of Armies (Hosts) did in Old Testament days:
"As Joshua approached the city of Jericho, he looked up and saw a man facing him with sword in hand. Joshua went up to him and asked, "Are you friend or foe?" "Neither one," He replied. "I AM Commander of the LORD's Army." At this, Joshua fell with his face to the ground in reverence. "I am at your command," Joshua said. "What do you want your servant to do?" The Commander of the LORD's Army replied, "Take off your sandals, for this is holy ground." And Joshua did as he was told"
(Joshua 5:13-15).
Remember the outcome of this war. The Israelites with the help of God went into the Promised Land and had complete victory rather than annihilation. It was because the Lord went before them as their military leader.

"The Angel of The Lord found Hagar near a spring in the desert; it was the spring that is beside the road to Shur- she gave this name to The Lord Who spoke to her: "You are The God who sees me," for she said, "I have now seen The One who sees me"
(Genesis 16:7,13).

"But The Angel of The Lord called out to him from heaven, "Abraham! Abraham!" "Here I am," he replied. "Do not lay a hand on the boy," He said. "Do not do anything to him. Now I know that you fear God, because you have not withheld from Me your son, your only son"
(Genesis 22:11-12).

"There The Angel of The Lord appeared to him in flames of fire from within a bush. Moses saw that though the bush was on fire it did not burn up. So Moses thought, "I will go over and see this strange sight- why the bush does not burn up." When The Lord saw that he had gone over to look, God called to him from within the bush, "Moses! Moses!" And Moses said, "Here I am." "Do not come any closer," God said. "Take off your sandals, for the place where you are standing is holy ground." Then He said, "I Am The God of your father, The God of Abraham, The God of Isaac and the God of Jacob." At this, Moses hid his face, because he was afraid to look at God"
(Exodus 3:2-6).

"Then the children of Israel did evil in the sight of the Lord. So the Lord delivered them into the hand of Midian for seven years, and the hand of Midian prevailed against Israel. Because of the Midianites, the children of Israel made for themselves the dens, the caves, and the strongholds which are in the mountains. So it was, whenever Israel had sown, Midianites would come up; also Amalekites and the people of the East would come up against them. Then they would encamp against them and destroy the produce of the earth as far as Gaza, and leave no sustenance for Israel, neither sheep nor ox nor donkey. For they would come up with their livestock and their tents, coming in as numerous as locusts; both they and their camels were without number; and they would enter the land to destroy it. So Israel was greatly impoverished because of the Midianites, and the children of Israel cried out to the Lord. And it came to pass, when the children of Israel cried out to the Lord because of the Midianites, that the Lord sent a prophet to the children of Israel, who said to them, "Thus says the Lord God of Israel: "I brought you up from Egypt and brought you out of the house of bondage; and I delivered you out of the hand of the Egyptians and out of the hand of all who oppressed you, and drove them out before you and gave you their land." Also I said to you, "I am the Lord your God; do not fear the gods of the Amorites, in whose land you dwell." "But you have not obeyed My voice." Now the Angel of the Lord came and sat under the terebinth tree which was in Ophrah, which belonged to Joash the Abiezrite, while his son Gideon threshed wheat in the winepress, in order to hide it from the Midianites. And the Angel of the Lord appeared to him, and said to him, "The Lord is with you, you mighty man of valor!" Gideon said to Him, "O my lord, if the Lord is with us, why then has all this happened to us? And where are all His miracles which our fathers told us about, saying, Did not the Lord bring us up from Egypt? But now the Lord has forsaken us and delivered us into the hands of the Midianites." Then the Lord turned to him and said, "Go in this might of yours, and you shall save Israel from the hand of the Midianites. Have I not sent you?" So he said to Him, "O my Lord, how can I save Israel? Indeed my clan is the weakest in Manasseh, and I am the least in my father's house." And the Lord said to him, "Surely I will be with you, and you shall defeat the Midianites as one man." Then he said to Him, "If now I have found favor in Your sight, then show me a sign that it is You who talk with me. Do not depart from here, I pray, until I come to You and bring out my offering and set it before You." And He said, "I will wait until you come back." So Gideon went in and prepared a young goat, and unleavened bread from an ephah of flour. The meat he put in a basket, and he put the broth in a pot; and he brought them out to Him under the terebinth tree and presented them. The Angel of God said to him, "Take the meat and the unleavened bread and lay them on this rock, and pour out the broth." And he did so. Then the Angel of the Lord put out the end of the staff that was in His hand, and touched the meat and the unleavened bread; and fire rose out of the rock and consumed the meat and the unleavened bread. And the Angel of the Lord departed out of his sight. Now Gideon perceived that He was the Angel of the Lord. So Gideon said, "Alas, O Lord God! For I have seen the Angel of the Lord face to face." Then the Lord said to him, "Peace be with you; do not fear, you shall not die..."
(Judges 6:1-23). MKJV (Modern King James Version)

The Angel of The Lord came back a second time and touched him and said, "Get up and eat, for the journey is too much for you." So he got up and ate and drank. Strengthened by that food, he traveled forty days and forty nights until he reached Horeb, the mountain of God. There he went into a cave and spent the night. And The Word of The Lord came to him: "What are you doing here, Elijah?"
(1 Kings 19:7-9).

Was the Angel of The Lord also the Holy Rock mentioned by the apostle Paul? So, Who was the Rock (the Rock of Ages)?
"For it is my desire, my brothers, that you may keep in mind how all our fathers were under the cloud, and they all went through the sea; And they all had baptism from Moses in the cloud and in the sea; And they all took the same holy food and the same holy drink: for they all took of the water from the Holy Rock which came after them: and that Rock was Christ"
(1 Corinthians 10:1-4). (Modern English Translation) 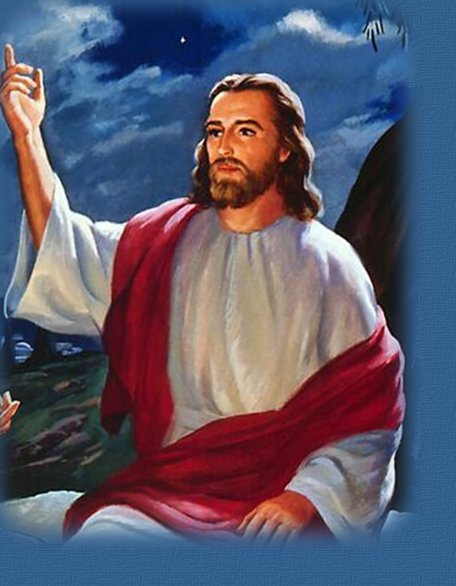 "Your attitude should be the same as that of Christ Jesus: Who, being in very nature God, did not consider equality with God something to be grasped, but made Himself nothing, taking the very nature of a servant, being made in human likeness. And being found in appearance as a man, He humbled Himself and became obedient to death- even death on a cross!"
(Philippians 2:5-8). NLT