shared with you by
Kraig J. Rice
www.breadonthewaters.com
(doctrine of mainline Christianity) 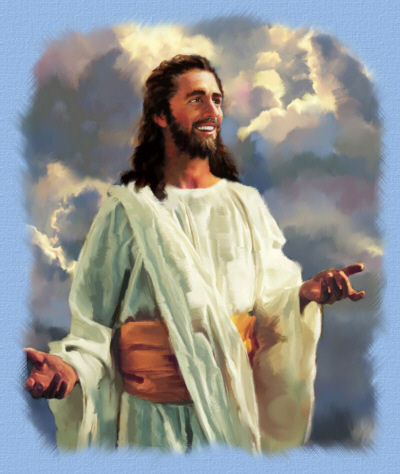 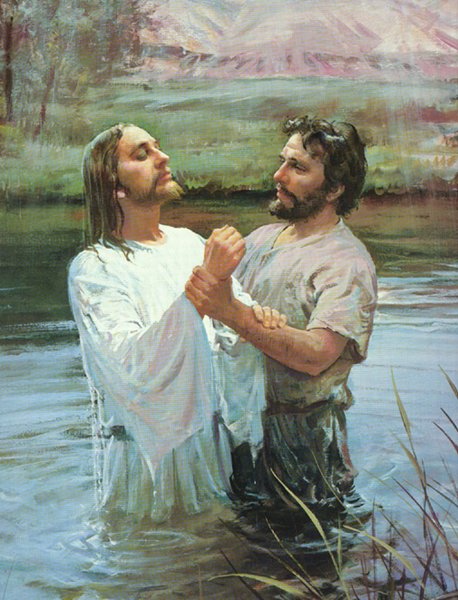 The Water Baptism of Jesus Christ

Let's look at the water baptism of Jesus Christ. Why? Because He is showing us the way to follow. The Greek word for the English word "baptism" is "baptizo" which means to immerse, plunge, dip, or bury in water. The act of water baptism is an outward symbol (of water) of an inner cleansing (by blood).

Jesus was baptized by John the Baptist in the Jordan river near Bethany. Jesus was about 30 years old when He was baptized.

John was reluctant to baptize Jesus, for he said
"I have need to be baptized by you."
John knew that Jesus was the son of God. Jesus had no need to be forgiven of sins because He was sinless. Knowing John's reluctance, Jesus told him,
"It is proper for us to do this to fulfill all righteousness."
So John obeyed Jesus and baptized Him in the Jordan River.

Here is the scriptural account of Jesus' baptism in water:

"Then Jesus came from Galilee to the Jordan to John, to be baptized by him. John would have prevented him, saying,
"I need to be baptized by You, and do You come to me?" But Jesus answered him,
"Let it be so now; for thus it is fitting for us to fulfill all righteousness."
Then he consented. And when Jesus was baptized, He went up immediately from the water, and behold, the heavens were opened and He saw the Spirit of God descending like a dove, and alighting on Him; and lo, a voice from heaven, saying,
"This is My beloved Son, with whom I AM well pleased."
(Matthew 3:13-16).

The phrase "to fulfill all righteousness" simply means "to set the example." Jesus was setting an example for the rest of us to follow.

"Do you not know that all of us who have been baptized into Christ Jesus were baptized into His death? We were buried therefore with Him by baptism into death, so that as Christ was raised from the dead by the glory of the Father, we too might walk in newness of life. For if we have been united with Him in a death like His, we shall certainly be united with Him in a resurrection like His"
(Romans 6:3-5).

Here are a few other scriptures on water baptism:

Galatians 3:26-27:
"For you are all sons of God through faith in Christ Jesus, for as many of you as were baptized into Christ have clothed yourselves with Christ."

Matthew 28:19-20:
"Go therefore and make disciples of all nations, baptizing them in the name of the Father and of the Son and of the Holy Spirit, teaching them to observe all that I have commanded you; and lo, I am with you always, to the close of the age."

Acts 2:38-41:
"And Peter said to them, "Repent, and be baptized every one of you in the name of Jesus Christ for the forgiveness of your sins; and you shall receive the gift of the Holy Spirit. For the promise is to you and to your children and to all that are far off, every one whom the Lord our God calls to him." And he testified with many other words and exhorted them, saying, "Save yourselves from this crooked generation." So those who received his word were baptized, and there were added that day about three thousand souls."

Let's take a brief look at the Holy Trinity:

What in the world is the holy trinity?

The Trinity or godhead consists of 3 beings:
God the Father, God the Son, and God the Holy Spirit.
Together, They form what most Christians call the holy trinity or holy godhead. The words "holy trinity" are not found in the bible but this doctrinal truth is taught by most churches as part of their study about God, His nature, and His character.

Does this doctrine have a biblical foundation? Yes.

Besides John the Baptist, there are 3 Individuals presented at the water baptism of Christ: